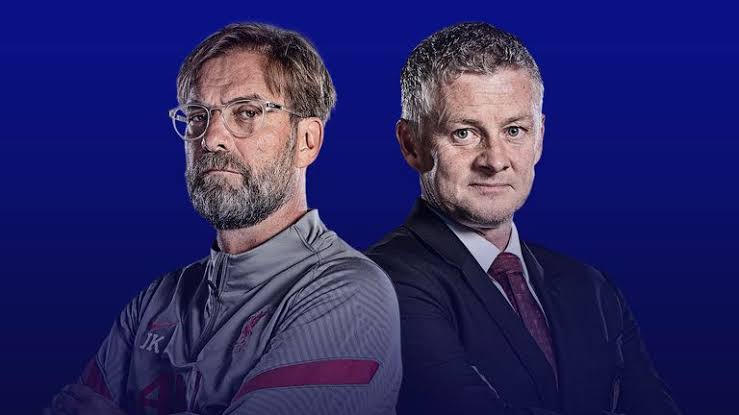 For fans of the two most supported sides in English football, the first fixtures looked for on the calendar are undoubtedly the ones when Liverpool and Manchester United go head-to-head. This weekend sees the double gameweek nineteen headlined by an Anfield clash between first and second in the Premier League table; and Jamie Carragher believes that the onus is more on the Merseyside club than it is on the visitors this time round.

The former Liverpool great, Carragher, now a pundit on Sky Sports, said that he thinks that people still feel Liverpool have the edge. After Manchester United went top of the league, Jamie believes that Liverpool must put on a show to prevent Manchester United sending shockwaves of belief through the Premier League.

Last season’s Anfield clash between the two sides seen The Reds put on a dominant show over their Old Trafford rivals. Goals from Virgil Van Dijk and Mohamed Salah sealed a 2-0 win as the Kop began to chant “We’re gonna win the league”. This season, though, is a very different one indeed.

The delayed start to the 2020/21 campaign means that despite being halfway into January, the season will only reach its halfway mark next weekend. And while last year this time Liverpool were unbeaten with almost double the points than Manchester United, this year the title race is wide open. With just five points separating the top five sides in the league, it’s still pretty much anybody’s season.

United manager Ole Gunnar Solskjaer says that it would be an “upset” should his side get something at Anfield, while Liverpool boss, Jurgen Klopp, lauded the impact of Portuguese starlet Bruno Fernandes on the Manchester United setup: “People talk about the goal involvements, but the link-up and other situations as well. He seems to be a leader, so unfortunately a good signing for United”, Klopp said.

The Reds have struggled with injury problems since early on in the season and will continue to suffer the absence of last season’s deadlock breaker, Virgil Van Dijk. Diogo Jota also remains out for the clash while Naby Keita will be missing out due to a muscle injury. Upon his recent return, however, new signing and European champion, Thiago Alcantara, will be hoping he can make his mark against the Red Devils.

The Spanish international is yet to make his Anfield debut after injury and COVID-19 hindrances since joining from Bayern Munich almost four months ago. His four appearances in the league thus far have all been away from home and Klopp hinted at involvement for him this weekend: “The most important thing is he is fit, has trained, bam, all good… Yes, it is like a new signing. I know that I said that to put the pressure off the situation a little bit when people said we should sign Thiago, but we have now and he is here. Let’s hope it will stay like this for a long, long time” he said.

Liverpool vs Manchester United kicks off at 18:30 on Sunday evening and will be broadcast live from 18:00 on SuperSport Premier League.